Considering the difficulties faced by trade and industry in filing of returns, the government has decided to introduce several measures to ease the process. The Finance Ministry today said that now GST taxpayers can file their GSTR-3B returns in a staggered manner.

The taxpayers having annual turnover below Rs 5 crore in previous financial year will be divided further in two categories. The tax filers from 15 States/ UTs, i.e., Chhattisgarh, Madhya Pradesh, Gujarat, Daman and Diu, Dadra and Nagar Haveli, Maharashtra, Karnataka, Goa, Lakshadweep, Kerala, Tamil Nadu, Puducherry, Andaman and Nicobar Islands, Telangana and Andhra Pradesh will now be having the last date of filing GSTR-3B returns as 22nd of the month without late fees. This category would have around 49 lakh GSTR-3B filers who would now have 22nd of every month as their last date for filing GSTR-3B returns. 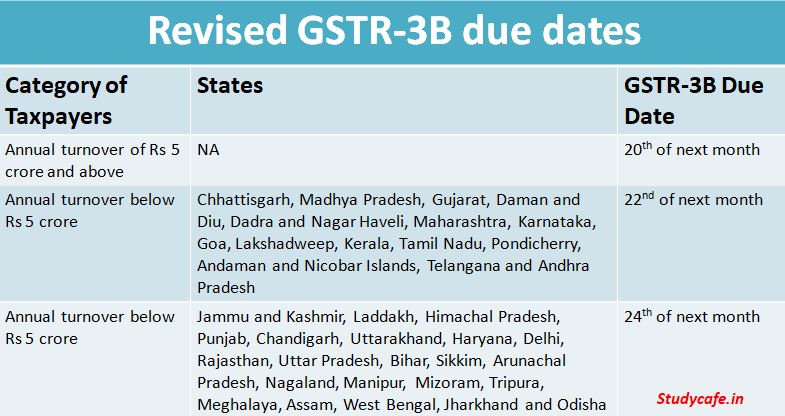 The Finance Ministry said that the necessary notification in this regard would be issued later by the competent authority. 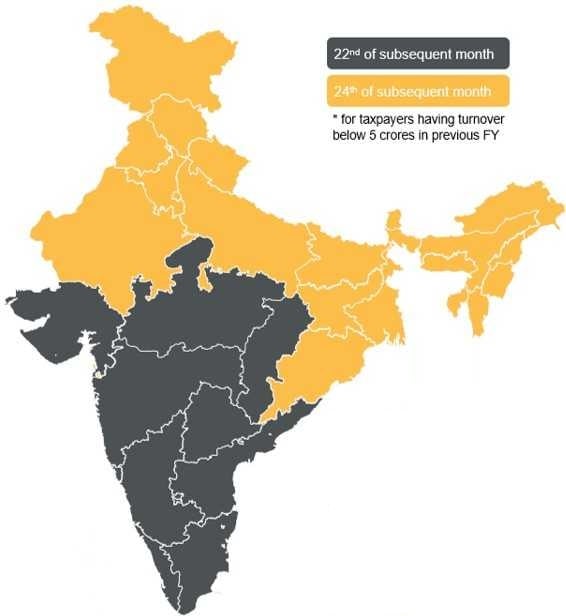 In a statement issues, the Ministry further said that it has also taken a note of difficulties and concerns expressed by the taxpayers regarding filing of GSTR-3B and other returns. The matter has been discussed by the GSTN with Infosys, the Managed Service Provider, which has come out with above solution to de-stress the process as a temporary but immediate measure. For further improving the performance of GSTN filing portal on permanent basis, several technological measures are being worked out with Infosys and will be in place by April 2020.

Get update through this Mail Alert