Why didn’t China warn the world in December?

What is the Standard Deduction? With Automated Income Tax Software All in One for Only Private Employees for the A.Y. 2021-22 CBDT clarifies process of opting concessional rates of tax, Sec 115BAC With Automated Income Tax All in One Govt & Non-Govt (Private) Employees for the F.Y.2020-21 Under Section 115 BAC ( New & Old Tax Regime as per Budget 2020) Download Automated Income Tax Preparation Excel Based Software All in One for Non-Govt Employees for F.Y.2020-21 as per Budget 2020 With New versus Old tax regime: Analyses the benefits before making your choice

The reality is, the worldwide toll could have been
checked within time if China had been more transparent and had warned countries
regarding the new strain of Severe Acute Respiratory Syndrome (SARS)-like
infection, which originated at a ‘wet market’ in its province of Hubei late
last year. 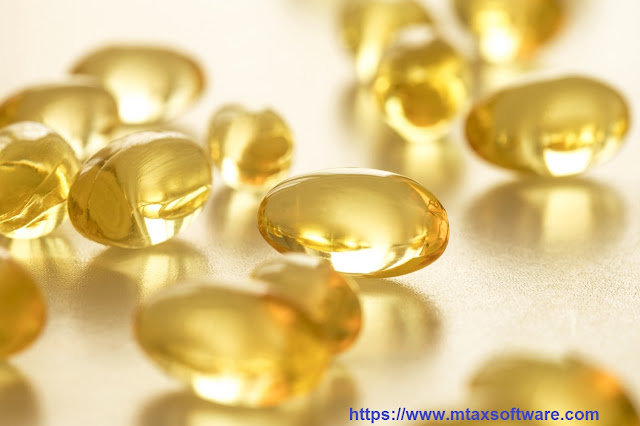 Almost 5,00,000 covid-19 positive cases and more than 23,000 deaths
later, Beijing is now urging for an all-out global war against the pandemic
that originated in its own courtyard, Wuhan, before sweeping the world,
perishing men, women, children, old and derailing the economies.

However, the reality is — the world-wide
toll could have been checked within time if China had been more transparent and
had warned countries regarding the new strain of Severe Acute Respiratory
Syndrome (SARS)-like infection, which originated at a ‘wet market’ in its
province of Hubei late last year, as per a report published by American
magazine National Review.

Thecoronavirus that jumps from an animal species to a human and has now become a
deadly infection, was first identified in a patient, a resident of Wuhan in the
Hubei province, on December 1, 2019.

Five days after the onset of illness, the
already infected man’s 53-year-old wife who had no known history of exposure to
the market was also diagnosed with pneumonia, a common symptom of the
contagious infection, and was hospitalised and placed in an isolation ward.

It
wasn’t until the second week of December that the doctors in Wuhan were able
find new cases that further indicated the virus was spreading from one human to
another.

On December 25, Chinese medical staff in
two hospitals in Wuhan were suspected of contracting viral pneumonia and were
quarantined. Later, hospitals in Wuhan witnessed an “exponential”
increase in the number of cases in late December that cannot be linked back to
the Huanan Seafood Wholesale Market.

Whistleblower doctor Li Wenliang warned a
group of other doctors about a possible outbreak of an illness that resembled
“severe acute respiratory syndrome (SARS)”. He urged them to take
protective measures against infection.

On December 31, the Wuhan Municipal Health
Commission declared that their investigation has not found “any obvious
human-to-human transmission and no medical staff infection.”

At the beginning of January 2020, summons
were issued to Li Wenliang by the Wuhan Public Security Bureau accusing the
doctor of “spreading rumours.”

On January 3, Dr Li signed a statement at
a police station acknowledging his “misdemeanour” and promising not
to commit further “unlawful acts.” China’s National Health Commission
ordered institutions not to publish any information related to the unknown
disease.

On the same day, the Hubei Provincial
Health Commission ordered to stop testing samples from Wuhan related to the new
disease and destroyed all existing samples.

The Wuhan Municipal Health Commission
released another statement, reiterating that preliminary investigations have
shown “no clear evidence of human-to-human transmission and no medical
staff infections.”

Fifty-nine people in Wuhan were sickened
by a “pneumonia-like illness”, as per a report by The New York Times published on
January 6. On the same day, the Chinese Center for Disease Control and
Prevention issued a level 1 travel watch. It advised travellers to Wuhan to
avoid contact with ‘living or dead animals, animal markets, and sick
people.’

On January 8, Chinese medical authorities
claimed to have identified the virus, reiterating that it still found “no
clear evidence of human-to-human transfer”.

On January 11, China announced its first
death from the virus, a 61-year-old man who had purchased goods from the
seafood market.

On the same day, the Wuhan City Health
Commission released a Q&A sheet emphasising that most of the unexplained
viral pneumonia cases in Wuhan have a history of exposure to the South China
seafood market and “no clear evidence of human-to-human transmission has
been found.”

Dr Li Wenliang was hospitalised on January
12. He started coughing and developed a fever after unknowingly treating a
patient with the coronavirus. Later, Wenliang’s condition deteriorated so badly
that he was admitted to the intensive care unit and was given oxygen
support.

On January 13, the first case of novel
coronavirus was reported outside China involving a 61-year-old Chinese woman in
Thailand, who had visited Wuhan.

However, Thailand’s ministry of public
health said the woman had not visited the Wuhan seafood market and had come
down with a fever on January 5. The woman had visited a different, smaller
market in Wuhan, in which live and freshly slaughtered animals were sold.

On January 14, the World Health
Organization in its report stated: ‘Preliminary investigations conducted by the
Chinese authorities have found no clear evidence of human-to-human transmission
of the novel coronavirus (2019-nCoV) identified in Wuhan, China.’

On January 15, Japan reported its first
case of coronavirus and its health ministry said the patient had not visited
any seafood markets in China.

The Wuhan Municipal Health Commission in a
statement said that the possibility of “limited human-to-human
transmission” cannot be ruled out.

Despite the fact that Wuhan doctors knew
that the virus was “contagious”, city authorities allowed 40,000
families to gather and share home-cooked food in a Lunar New Year banquet, as
per the article in National Review.

A day later, the head of China’s national
health commission team investigating the outbreak, confirmed that two cases of
infection in China’s Guangdong province had been caused by “human-to-human
transmission and medical staff had been infected”.

On January 21, the CDC announced the first
case of the coronavirus in the US. The patient had returned from China six days
ago.

On January 22, a WHO delegation conducted
a field visit to Wuhan and concluded, “deployment of the new test kit
nationally suggests that human-to-human transmission is taking place in
Wuhan.”

Nearly two months after the first case of
the virus was reported, Chinese authorities announced their ‘first steps for a
quarantine of Wuhan.’ By this time, a significant number of Chinese citizens
had travelled abroad as “asymptomatic, oblivious carriers”.

Today, the killer bug has spread to over
170 countries across the globe, apart from Antarctica. After inflicting its
wrath in Asia, the virus has now travelled to Europe which has become the new
epicentre of the disease outbreak.

We are the best from India as a Income Tax Software provider
Previous Hundreds of Volunteers Are Working to Create Open-Source Ventilators to Fight Coronavirus, We are Proud of them, God Bless themselves.
Next Amount to Word Converter in Excel