Click here to read a detailed note on PAN

axation is a well known term in our society. We all directly or indirectly pays taxes in our daily life. Some universities teaches Taxation law or Principles of Taxation Law in 6th Semester of LL.B courses. But it is difficult to find a note on Indian Taxation on internet which covers LL.B syllabus. So, I have tried to prepare a complete note with the help of some other websites. Hope it will help the students and others. Let’s read,

Taxes in india are leived by
the Central Government and State Governments. Some minor taxes are also leived
by the local authorities such as Municipality.

There are two kinds of taxes in India.

i) DIRECT TAX :
A direct tax is generally a tax paid directly to the government by a
person on whom it is imposed.

CBDT ( Central Board of Direct Taxes) is the controller of direct taxes in India.

Basic
concepts by which a government is meant to be guided in designing and
implementing an equitable taxation regime. These include:

(1)
Adequacy: taxes should be just-enough to generate revenue required for
provision of essential public services.
(2) Broad Basing: taxes should be
spread over as wide as possible section of the population, or sectors of
economy, to minimize the individual tax burden.

(3)
Compatibility: taxes should be coordinated to ensure tax neutrality and overall
objectives of good governance.
(4) Convenience: taxes should be enforced in a
manner that facilitates voluntary compliance to the maximum extent possible.
(5) Earmarking: tax revenue from a specific source should be dedicated to a
specific purpose only when there is a direct cost-and-benefit link between the
tax source and the expenditure, such as use of motor fuel tax for road
maintenance.

(7)
Equity: taxes should equally burden all individuals or entities in similar
economic circumstances.

(8) Neutrality: taxes should not favor any one
group or sector over another, and should not be designed to interfere-with or
influence individual decisions-making.

(9)
Predictability: collection of taxes should reinforce their inevitability and
regularity.

(10) Restricted exemptions: tax exemptions
must only be for specific purposes (such as to encourage investment) and for a
limited period.

(11)
Simplicity: tax assessment and determination should be easy to understand by an
average taxpayer.

A more
realistic differentiation between the two taxes may be as
following. Direct Taxes are the taxes that are levied on the
income of individuals or organisations. They include Income tax,
corporate tax, wealth tax and inheritance tax. Indirect
taxes are those paid by consumers when they buy goods and services.

The major tax enactment in India is
the Income Tax Act, 1961 passed by the Parliament, which imposes a tax on the income of persons. This Act
imposes a tax on income under the following five heads:

Assessee [sec 2(7) ] :The assesse is a person by whom any
tax or any other some of money (such as interest and penalty) is payable under
the Income Tax Act or in respect of whom any proceeding under the act has been
taken for the assessment of his income or loss or of the income or loss of any
other person in respect of which he is assessable or of the amount of refund
due to him or to such other person. It also includes every person deemed to be
an assesse under chapter XV of the income tax act,1961.

Assessment Year [sec 2(9)]: In the Income Tax Act,
the Income tax year is described as assessment year, that is the year in which
the income of the previous year which ended before the commencement of
assessment year, is to be assessed. The Assessment year comprises of a period
of twelve months corresponding to a financial year.
Residential Status and Tax Incident

Residential Status of an assesse  [sec 6] : The income liable to tax in the
hands of the assesse is determined on the basis of residential status. For this
purpose, the assesses are divided into the following two categories:

Sec 6 :For
the purposes of this Act,—

(1) An
individual is said to be resident in India in any previous year, if he—

(a) is in India in that year for a
period or periods amounting in all to one hundred and eighty-two days or more ;
or

[Explanation.—In the case of an
individual,—

(a) being a citizen of India, who
leaves India in any previous year as a member of the crew of an 46Indian
ship as defined in clause (18) of section 3 of the Merchant Shipping
Act, 1958 (44 of 1958), or] for the purposes of employment outside India, the
provisions of sub-clause (c) shall apply in relation to that year as if
for the words “sixty days”, occurring therein, the words “one hundred and
eighty-two days” had been substituted ;

(b) being a citizen of India, or a
person of Indian origin within the meaning of Explanation to clause (e)
of section 115C, who, being outside India, comes on a visit to India in any
previous year, the provisions of sub-clause (c) shall apply in relation
to that year as if for the words “sixty days”, occurring therein, the words
“one hundred and 47[eighty-two] days” had been
substituted.]

(2) A
Hindu undivided family, firm or other association of persons is said to be
resident in India in any previous year in every case except where during that
year the control and management48 of its affairs48 is

(3) A
company is said to be resident in India in any previous year, if—

(ii)
during that year, the control and management48 of its
affairs is situated wholly48 in India.

(4) Every
other person is said to be resident in India in any previous year in every
case, except where during that year the control and management of his affairs
is situated wholly outside India.

year if such person is—

(a) an
individual who has been a non-resident in India in nine out of the ten previous
years preceding that year, or has during the seven previous years preceding
that year been in India for a period of, or periods amounting in all to, seven
hundred and twenty-nine days or less; or 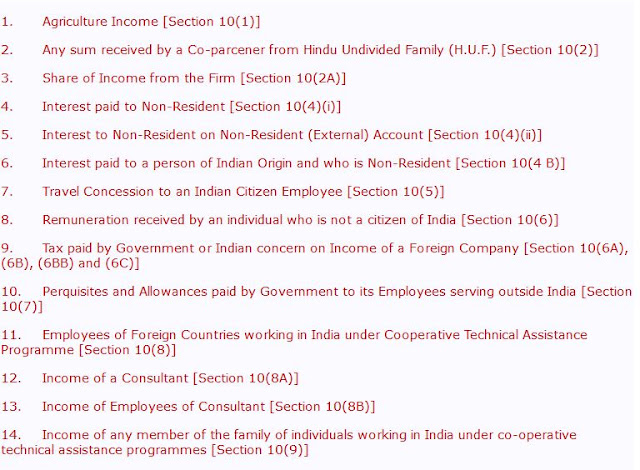 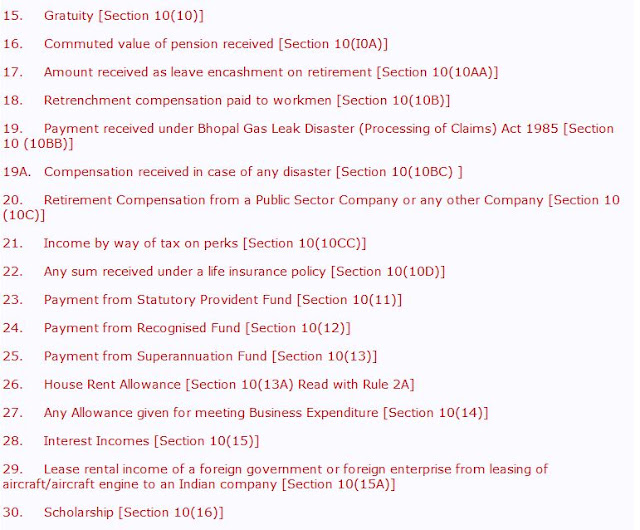 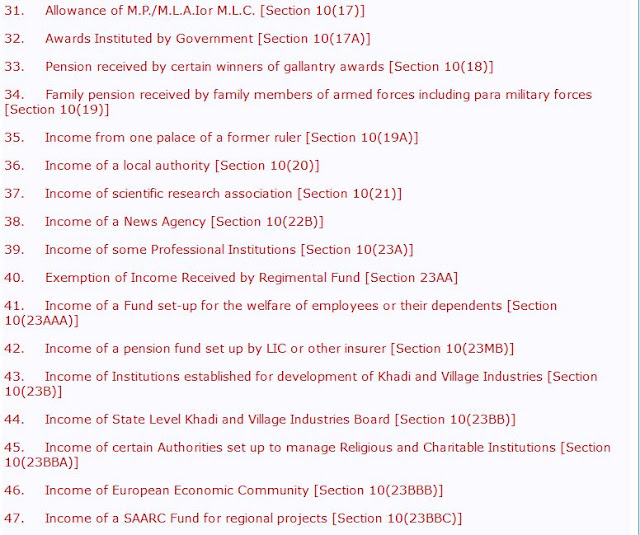 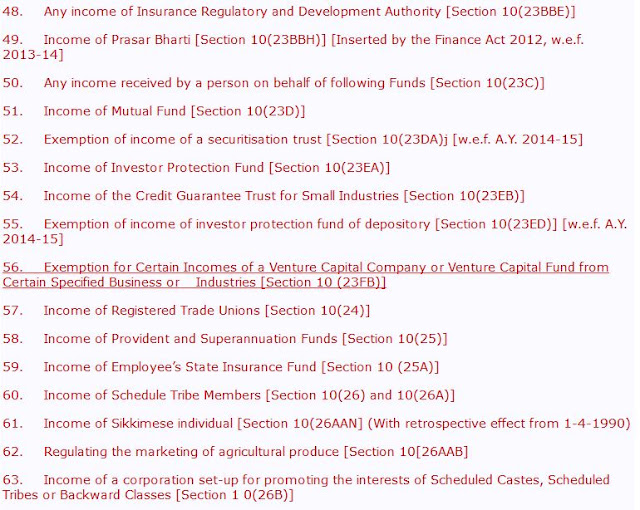 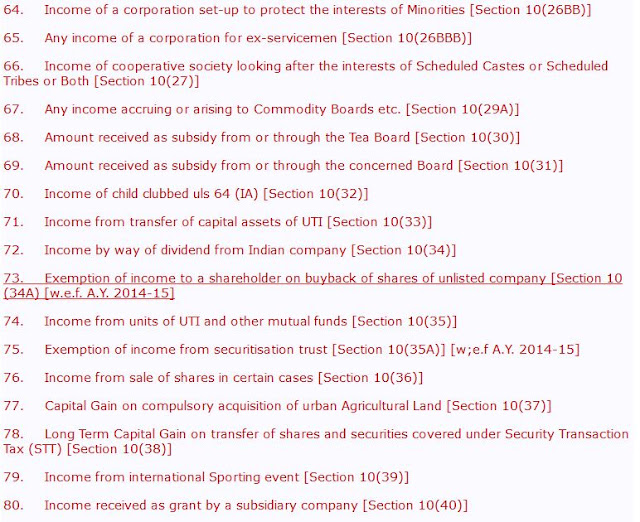 Capital
gains means any profits or gains arising from the transfer of a capital asset effected
in the previous year.

Capital asset [sec 2(14)]:The term ‘capital asset’ means (a) property of any kind by an
assesse, whether or not connected with his business or profession; and (b) from
a.y. 2015-16 and onwards, any securities held by a foreign institutional
investor which has invested in such Securities and Exchange Board of India Act,
1992.but doesnot include—

(i) any stock-in-trade,
consumable stores or raw materials held forthe purposes of his business or
profession ;

(ii)
personal effects that is to say, movable property (includingwearing apparel and
furniture) held for personal use 43 by
theassessee or any member of his family dependent on him, butexcludes—

Explanation.—For
the purposes of this sub-clause, “jewellery” includes—

(a)
ornaments made of gold, silver, platinum or any other precious metal or any
alloy containing one or more of such

precious metals,
whether or not containing any precious or semi-precious stone, and whether or
not worked or sewn into

any wearing
apparel; (b)
precious or semi-precious stones, whether or not set in any furniture, utensil
or other article or worked or sewn into any wearing apparel ;

relevant figures
have been published before the first day of the previous year ; or

(b) in any
area within such distance, not being more than eight kilometres, from the local
limits of any municipality or

cantonment board
referred to in item (a), as the Central Government may, having regard to
the extent of, and scope

for, urbanisation
of that area and other relevant considerations, specify in this behalf by
notification in the Official

Click here to read a detailed note on PAN

In India, a Tax Deduction and Collection
Account Number (TAN) is a 10 digit alphanumeric
number issued to persons who are required to deduct or collect tax on payments
made by them under the Indian Income Tax Act, 1961.
Significance


The Tax Deducted at Source on payments made by assessees is deposited under the TAN to enable the assessees who have received the payments to claim the tax deducted in their income tax return.

TAN is applied through “Form
No. 49B” (prescribed under Indian Income Tax Law). A completed form
can be submitted online at the NSDL website or at the “Tax Information
Network Facilitation Center” (TIN-FC). These centers are established by
NSDL, an appointed intermediary by the Central Government, across India.
TAN is required to be quoted in
all TDS/TCS returns, all TDS/TCS payment challans and all TDS/TCS certificates to be issued. TDS/TCS
returns will not be accepted if TAN is not quoted and challans for TDS/TCS
payments will not be accepted by banks. Failure to apply for TAN or not quoting
the same in the specified documents attracts a penalty of Rs. 10,000.
No documents are required to be
filed with the application for allotment of TAN. However, where the application
is made online, the acknowledgment (a PDF file) which is generated after
filling up the form must be forwarded to NSDL. Detailed guidelines for the
procedure are available at NSDL website.
A TAN application should accompany
a ‘proof of identity’ and a ‘proof of address’ (photocopies) of the deductor.
In the case of online applications, these documents need to be sent over mail
(post/courier) to NSDL – TAN Application division.
When NSDL receives the TAN application
along with said documents (either through TIN FC / Online), the details are
verified and then sent to the Income Tax Department. Once approved, the
Department allocates a unique number, and notifies the applicant through NSDL.

Get update through this Mail Alert