Hundreds of Volunteers Are Working to Create Open-Source Ventilators to Fight Coronavirus, We are Proud of them, God Bless themselves. Automated Income Tax Calculator All in One for the Non-Govt (Private) Employees for the F.Y.2020-21 With New Tax Regime Under Section 115BAC introduced in Union Budget 2020 Without support from the government, a community of volunteers is
stepping up to address the shortages. Across the globe, volunteer health care
experts and engineers are building open-source ventilators so that doctors
don’t have to decide who should get them.
As of Friday, more than 250 people around the world have signed up on a
Google Sheet to volunteer for an effort to develop one million emergency
ventilators. The document is open — anyone can add their name and information
to help — and is being used to field experts and organize people into
appropriate teams. The team behind the project, the 1 Million
Ventilators project, wants to design a device that “will be easy to
transport, sanitize, and use in low- and no-power settings” and can scale to
cover at least a million minor cases at less than $200 a pop. The device, they
note, should require no more than an hour of training to operate. 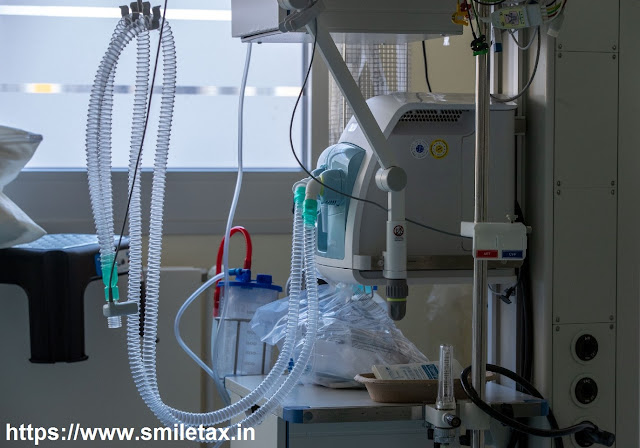 The 1 Million Ventilators project is just one of many ad hoc community undertakings popping up to address the
life-or-death scarcity of these breathing machines. Just One Giant Lab (JOGL),
a France-based nonprofit using decentralized open research to “resolve
humanity’s most urgent challenges,” is also building out a collective to make open-source
ventilators. As the pandemic accelerates and health care workers face
ventilator shortages, hundreds of volunteers around the world are signing up to
fill in the gaps.
As President Trump continues to minimize the need for additional equipment while hospitals
overflow with patients urgently needing access to ventilators, these
crowdsourced efforts might serve as one of the few available lifelines.
The volunteers in the 1 Million Ventilators project include a medical
device software expert in London, a biologist in Switzerland, a mechanical
engineer in Peru, and a supply chain expert in Canada. The project spreadsheet
organizes people into working groups based on their skill set. Categories
include pulmonary and critical care, 3D printing, biomedical engineering, austere medicine,
public health, aerospace engineering, bronchoscopy, immunology, and ventilator
training.
One volunteer is Rafi Yusuf, a 32-year-old osteopath based in New York.
He worked with Italian doctors at a recent conference and later encountered a
Reddit post from a doctor in Italy — where the coronavirus death toll has exceeded China’s
— spurring him to think about how the pandemic would hit New York.

“We’re all volunteers giving our expertise and time
to a higher purpose.”

Things have gotten dire since then: The death toll from the coronavirus
in New York has grown to over 500, with more on the horizon. Yusuf, who
works in family medicine, says that he wants to help streamline a system to
manage patients in his own practice suspected to have the virus. To help out
the 1 Million Ventilators team, he wants to use ICU ventilation texts and
manuals to help “develop a crash course so people with very basic understanding
and experience can assist in the management of patients who are critically ill
or recovering.”

“Ventilators are indeed scarce and so are ICU beds in the hospital,” he
adds, “and frequently it’s the things we need the most that we have the least.”

Irene Chen, a 39-year-old mechanical engineer at Lockheed Martin, posted
on Facebook that she wanted to work on an at-home mechanical ventilation system
prototype because she knew hospitals would soon run out of resources. A friend
pointed her to the 1 Million Ventilators project, and now she is designing a
fail-safe valve for a ventilator prototype, which she says can help prevent
lungs from dangerously overexpanding.

Meanwhile, a JOGL project named Helpful Engineering has gathered more
than 3,400 volunteer engineers, scientists, and doctors to help with critical
needs arising from the coronavirus pandemic, including producing ventilators.
“Important but complex rules usually make these products unavailable,” the
project website reads. According to the organization, the collective grew
from 10 members to over 100 in three days, after being shared on Reddit, and
now they count 11,000 members on Slack. JOGL co-founder Chris Graham says the team is
reviewing “dozens of designs” for ventilators but notes that they are still in
need of more manufacturers.

These open-source efforts are complicated by the limitations on
communication posed by the pandemic. Unfortunately, the need for these
collaborative efforts exists at a time when social isolation is vital and often
mandated. Volunteers have no choice but to use online conferencing tools. Chen
says that her work process primarily involves video chat and Discord. The 1
Million Ventilators project also uses a series of Google Docs that are being
live-edited by volunteers, presenting another challenge: vetting information.

Anyone can access and edit the Google Sheet operated by the 1 Million
Ventilators project. Neil Thanedar, the founder of medical startup Labdoor and
a co-founder of the 1 Million Ventilators project, explained that there’s a
leadership team of more than a dozen people who oversee and verify each of the
project’s working groups on Discord. The working groups meet two to three times
a week, with leadership meetings every day.

“Our community is incredibly collaborative and self-organizes as much as
possible,” Thanedar says.

Despite these limitations and the monumental task before them,
volunteers are hard at work, driven by a range of motivations. Jamie
Schlinkmann, a 49-year-old volunteer with 1 Million Ventilators, who works for
an electronic parts supplier in Florida, hopes to contribute his input on
designs, offer free prototyping, and quote the production of parts. His
motivation for volunteering is not only to “help humanity” but also to help
keep the small business he works for afloat. “These are quite uncertain times
and a small company like ours, we have learned over the years, is at particular
risk,” Schlinkmann says.

Toronto-based Shafiq Qaadri, who volunteers for the 1 Million
Ventilators project, characterizes himself as a “big fan of open source.” Since
he’s in self-isolation, he has time to volunteer. He is working on 3D designing
and testing parts for the ventilators.

“Using the resources at our disposal and crowdsourcing designs from
across the world means we can actually affect change at a global scale,” Qaadri
says. “Twenty years ago, you would have needed about $100,000 of equipment and
a fully salaried team of 20 to get anything done on this scale. We’re all
volunteers giving our expertise and time to a higher purpose.”

The undercurrents of the future. A Medium publication about tech and
science.

We are the best from India as a Income Tax Software provider
Previous Hydroxychloroquine and azithromycin as a treatment of COVID-19? Results of an open-label non-randomized clinical trial
Next Why didn’t China warn the world in December? Automated Income Tax Calculator All in One for the West Bengal Govt. Employees F.Y 2020-21 With New and Old Tax Regime U/s 115BAC in Budget 2020